Why spatial analysis is a “game changer” for Formula 1

In one of the most thrilling finishes to any sporting event in recent memory, Formula 1’s 2021 season came down to the final lap of the final race. Two drivers, Max Verstappen and Lewis Hamilton, were tied in the standings heading into the finale and were running 1-2 most of the day. Following a late crash, some keen tactics and a controversial decision by the race director, Verstappen snatched his first world championship from Hamilton, the seven-time champion and most decorated driver of his generation. Sports Twitter blew up.

Verstappen is Belgian-Dutch, Hamilton is British and the race was in Abu Dhabi—highlighting the global nature of the sport. F1 will run 22 races in 20 countries spanning four continents this year and welcome millions of attendees (total attendance for 2019, the most recent year without capacity restrictions, was 4.16 million).

While its worldwide reach sets F1 apart from any other annual sporting league, it also presents unique challenges to organizers. Meshh, the global dynamo in live-event spatial analysis, provides data about race attendees that is a “game changer,” according to Matt Roberts, F1’s former global research director.

Thanks to Meshh, F1 knows exactly how many people attend events, when they arrive, where they spend their time, how long they spend in their seats, queues or fan zones, when they leave and more. “We use the data really to understand how fans behave; how they experience our races,” said Roberts at the 2021 Event Production Show. That data allows F1 to create better experiences and greatly increase ROI. “We'll change our behavior as a result of data that we received.”

The data is GDPR compliant, using mobile phones as proxies for people. Meshh doesn’t know who is holding the phone, just where the device is, for how long, etc. when it comes into range of its sensors. 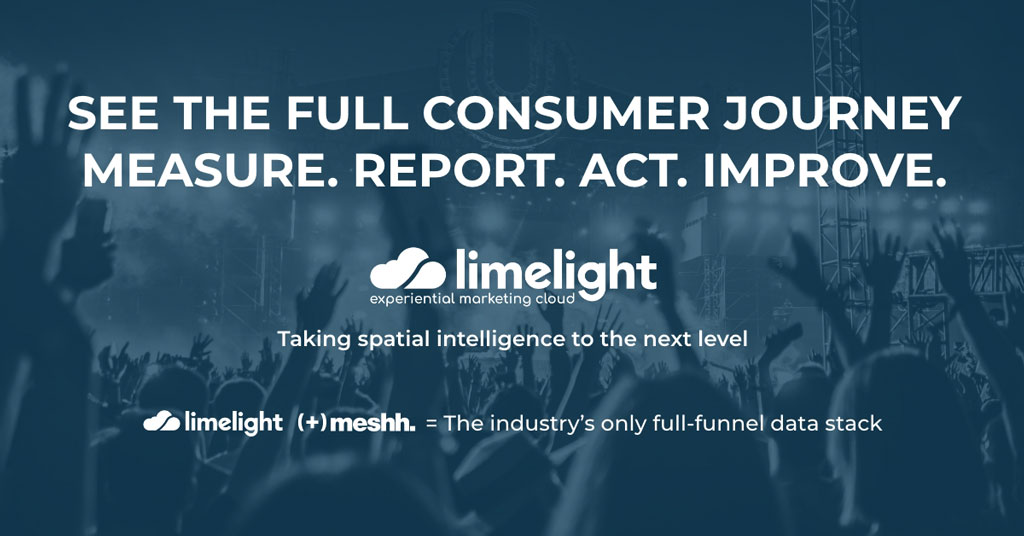 F1 races are huge events. Sites can span six or seven miles and have hundreds-of-thousands of fans come through the gates during a weekend. Understanding how people interact with the physical spaces is key for every stakeholder—and that’s Meshh’s sweet spot.

“Before we did this [type] of work, we’d have one fan zone every race and it could be a long way away from where people were kind of stationed,” said Roberts. “We found out from the data [Meshh] provided that people don't move around. They come in one gate, and they stay for the most part where they came in—80 per cent of them don't move to another zone. So, what the data told us was we needed multiple fan zones and not just one; one wasn’t going to be enough… it's really opened up opportunities on the commercial side.”

How attendees engage with the race and activations can also vary wildly depending on locale.

“We have amazing data,” Roberts said, “like in Bahrain, for example, 35 per cent of fans don't actually go to their seats to watch the race. They just stay in the fan zone… they do it as a family day out.” Contrast that to fans at some European events (“petrol heads” as Roberts affectionately called them) who do watch the race and you can see how the events can’t simply be cut-and-pasted from place to place. “That’s one of the real findings; culturally, people behave differently,” Roberts continued.

What does that mean when it comes to profits? Well, at certain European events more in-seat food, beverage and merchandise options and servers are needed, while, at others, organizers can divert those human resources to alternate areas of the site. It’s simple-to-understand information that leads to simple-to-implement actions.

That can mean race-to-race or year-over-year. Roberts raised Spain as an example, where 50 per cent of fans were entering through a single gate; one located at the other end of the site from the fan zone.

“Our recommendation [for the next year] was to move that to where the busiest footfall was,” said Roberts. “We know that the fan zone is where we have free activities, the chance to do your own pitstop or simulators and all that kind of stuff. That increases your value-for-money experience, and then you're more likely to come back the following year.”

The final piece of the puzzle, one Roberts said will be even more important in a post-COVID world, is Meshh’s real-time dashboard, which allows organizers to see data as its being collected. “People are going to be thinking much more about making sure we don't get too many people in the same place at the same time,” said Roberts.

Looking forward, that has applications across a variety of industries, from retail to health and safety to crowd management to urban planning. Whatever the industry, Meshh data adds an invaluable layer of information around how people move through places.

If you’re running an event of any size—from a festival to a flash mob—and want to know more about how people engage with it, reach out to Meshh to discuss scalable options.

In 2020, a leading e-cigarette brand in the United States went to Limelight Platform with a ...

Increasing ROI on a tight budget with little lead time

Few industries have seen growth like craft brewing in recent years. Just walk into any store that ...

How NFTs will revolutionize the events industry